Robber barons flourished in the late 1800s and acquired the label because of practices that mimicked those of organized crime – such as corruption, intimidation, conspiracies and, on occasion, violence. They amassed great wealth though monopolies and manipulation.

Many think of today's hedge funds in the same terms. It appears that nobody really likes them, except those reaping the profits of their activities. We have witnessed this week something we hardly ever see in America: an almost universal condemnation of efforts by stock market elites to protect the hedge funds that held short positions in Game Stop. I was dumbstruck to see AOC, Elizabeth Warren and Ted Cruz singing off the same page.

This whole dust up has little to do with the intrinsic value of the stock or the corporation itself. As with much of the market, it is more driven by the perception of the investors. Logically, the funds were right in expecting the stock price to fall as the Game Stop stores are facing increased pressure from online competition.

For those not familiar with the process, I will give a very brief outline. To sell a stock short, means that you borrow shares from someone who doesn't share your belief or who, at least, takes your “rental fee” as a hedge against falling prices. To maintain this position in the presence of rising prices means being certain the brokerage has sufficient funds to buy the shares to cover the ones you borrowed. Because of this the fund managers were meeting calls for more and more cash.

This is the reason for the panic on Wall St. when the short sellers were faced with calls for funds to cover stocks they thought were going to $4 a share when they went to $300 and $400. It cost them billions. Some sold other stocks to cover themselves. Nobody really felt that sorry for them except some brokerage houses halted trading in Game Stop and a few other stocks. Prices began to fall, but public and public official pressure made them open trading again.

Many public figures proclaimed, this halt in trading was proof that the system was rigged in favor of the major investors and when the “little guys” figured out a way to win and beat the hedge fund operators at their own game, they had to be stopped.

Hedge funds, Zillow and others have been moving in on our territory for years. Hmmmm... even that terminology smacks of organized crime. I understand that many of us who have been at this for a while have made connections with private investors, etc. that we have access to funds for our deals. However, often it takes more than just purchase and rehab money.

There will always be people who would rather deal with an individual or small business man or woman than a corporate entity. However, the economics of the corporate buyers are different than individual investors. The kung flu has already created a shake up in the real estate business, and these new players have added to it. Many who don't adapt will be gone.

Personalized service is an advantage we have over the formula driven competition. We can listen and adapt our approach more easily than corporate types even though most of out pockets aren't quite as deep as theirs. Will that be enough? I don't know. Big money almost always finds a way to squeeze out the “little guy”. That's the way the robber barons of the past have done.

The events of the past week should give us hope. I am not proposing a particular strategy for two reasons. First, until it is ready to be implemented it is best to keep it under wraps and, second, I really don't have one at this point.

I am suggesting that we begin to look for one that, similar to the Game Stop crowd, uses their massive resources against them as martial arts practitioners often do. We need to keep a watchful eye on their activities – and keep thinking. There are flaws in their systems and we need to find them, just as the gang on Reddit used the public knowledge of the short position to burn the hedge funds.

Posted by Choice Properties at 6:30 PM No comments:

Posted by Choice Properties at 6:15 PM No comments:

There are a lot of articles telling us what we will be living with in the coming year. Everyone seems to have an opinion, and that is a good thing – that we are all free to see things through our own lenses. So, I thought I would put in my two cents, although due to inflation, it may be up to a nickel or even a dime.

Some are predicting a real estate boom, although I am not sure what the see as driving it, but that is what they see. Others see doom and gloom on the horizon. I find more evidence for that, but I really don't believe there will be a universal collapse. 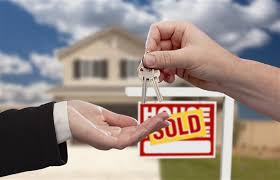 One of the factors we have to consider is the exodus from states like New York, California, Illinois and, to a lesser degree, other similar places that have not handled the Chinese flu or fiscal policies well. But it cannot be blamed soley on the actions of the communist regime – the one in China that is. Restrictive regulations, high taxes and general lack of concern for middle class Americans who make the country function has pushed many who can afford it to pack up and leave for friendlier places.

It is not just the worker bees leaving, but corporations are leading the pack in some cases as they look for a more favorable environment for themselves and their employees. Two notable examples are Elon Musk bringing his operation to Texas, as is Oracle as they desert the silicon valley environment. The NRA is reconstituting in the Lone Star State as well.

These actions do not bode well for the economies of the donor states, but what does it mean for their states with expanding populations? The influx of affluent residents would indicate that even if it doesn't result in an actual real estate boom, the market will have more support than areas with collapsing populations.

All this movement is on top of the normal movement of those of us who have had enough ice and snow to last a lifetime and headed to warmer climates.

This may not necessarily be good news for those of us who see fleets of moving trucks in our neighborhoods. If our new neighbors have not learned from their experience and want to create a world something like they left, it could be bad news for all of us, only we would be more comfortable when we are all out of work and can't afford to pay for heat.

Obviously an expanding population puts sellers in a better position, whether they are regular homeowners, real estate agents or investors. It is possible this prosperity could be just an illusion. Homeowners who jump at the chance to sell their property for a price they never dreamed of will benefit them little if they are looking for another place to live in a similar area, as the house they are looking to buy will be selling at a premium as well... unless they want to move up north to retire. Who in their right mind does that?

However, agents will be cashing larger checks. Investors, if they watch their pennies, can turn larger profits. Businesses that cater to consumers will have more people to serve – if they are not in a business that has much online competition.

For those with deep pockets and the intestinal fortitude for long term plays may actually be able to make a profit from falling prices in the areas losing population – if they believe it will come back in the foreseeable future. Even in bad times there are always people who find a way to prosper. Fortunes were made even during the great depression. One good thing about looking for the golden ticket in these places is that you probably won't have a lot of competition.

There are always opportunities. Sometimes they are disguised as work. While occasionally they will come knocking on your door, most of the time you have to chase them down and catch them – but you can't even do that if you aren't looking.

Posted by Choice Properties at 11:10 AM No comments:

Posted by Choice Properties at 11:02 AM