Who Owns Your Property?

Some will jokingly tell you that the bank really owns their property, just like it does the new car you just bought with the seven year payment book. Even though your name is on the title, is it really yours?

That's not exactly what I am talking about today. Stick around, you may or may not have heard some of this before. Before I go any further, I need to point out that I am not a lawyer and I've never played one on TV. I confess to spending some time watching Matlock and Perry Mason, but that didn't do me much good. However I have learned a thing or two over the years and hope to help you ask a few more of the right questions of the esquires in your life.

Is That Your Name on the Title? 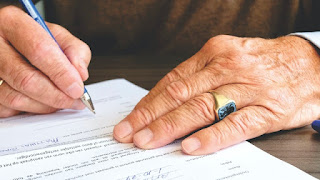 When you get a property or two, it feels good to see your name on the deed and get the feeling of owning something solid like real estate – even if you are in debt up to your neck with the lender. In time, you gain another property, then another. You are on the road to becoming a major property owner in your community.

You are also on the road to becoming a major target should anything go wrong that an ambulance chasing attorney believes he can turn into a big pay day for himself, maybe even, his client. These guys love to go after the “evil rich”, who they define as anyone who as enough assets to justify suing.

By holding five, ten, twenty or more properties, you are in his cross hairs and he is just waiting for something bad to happen. You are ripe for the picking. When you don't have anything (at least in your own name), there are no big pay days for the shyster lawyers and they are hesitant to work of nothing, which they will do if they sue some poor schlub who has nothing to take.

You can stay safe if you don't accumulate many assets and some have chosen that route...but that is not the route to financial success.

Don't Put Them In Your Name

Some folks will tell you to form an LLC to hold the properties. There is some wisdom in this, but it is not fool proof. While there is some liability protection with an LLC, holding a dozen properties in an LLC makes it the same kind of target as an individual holding as many properties.

Some have recommended a separate LLC for each property, or at least for every two. However this can be an administrative and tax reporting nightmare. Rules are different in each state, but here in Florida there is an annual report with a hundred dollar plus filing fee for each one and much higher penalties if you should not get the reports in on time.

This is not to say that LLCs are bad, just that this isn't the best use of them. I have one and it functions well, but it does nothing to conceal the ownership of the properties since all anyone had to do is go to sunbiz.org and see the names on the registration. It is probably just as easy in other states to find the true ownership of a company.

What Do You Do?

You want to accumulate real estate without advertising you wealth – that is the best way to keep it. Here in Florida, this is easily done by holding the property in a trust. It sounds complicated, but it is not, once you actually do it. This is not an instruction on how to create a trust – like I said, I am not an attorney and I have never played one on TV. It is, however, meant to encourage the reader to look into it and explain some of the benefits. We'll discuss how to get this information shortly.

Generally one property in one trust will serve your interests nicely. If anything really bad happened and a court order penetrated the protection of a trust, there will be no way to link it to other trusts you happen to control.

As an example of how this works, I was rehabbing a house a few years ago and needed a fairly large window replaced. I got a couple of estimates, but the interesting thing was one salesman told me that they like to check out who they may be dealing with and all they saw was the trust name on the property and they had no idea who actually owned the house. I smiled and told him that is exactly how it is supposed to work.

Some Things to Think About

Here in Florida, the trust has a trustee. The trustee legally has complete control of the property. Even if he (or she) receives a subpoena, there are somethings they generally are not able to do... but they can sell the property, rent it or do anything an owner would do. So the first thing you need in a trustee is someone you can trust – someone who actually believes in integrity.

Then you need a trust agreement. I will not begin to outline this agreement, but they are not complex. If you are in the Sunshine State, I would recommend looking up the Land Trust Service Corporation. It is operated by an attorney who can create these documents for a reasonable fee and can even serve as trustee. I understand the readers reservations, but Mark Warda is a good guy and his business would not last long if he were not a straight shooter.

In other states most real estate attorneys can put together an trust agreement, but you really want one that deals with and understands investors. They can often be located through REIA groups or title companies that work with investors. The point is that it is not very expensive and it is not worth doing wrong.

So, go out and buy some properties and do it in a way that you can keep them,

Posted by Choice Properties at 2:35 PM No comments: