If you are reading this, I must assume that you have some interest in real estate. Whether you see it as a place to live, a place to do business or as a path to fame and fortune, there is a lot to like about real estate. 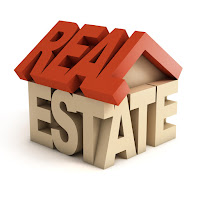 There is something that gives one a sense of permanance and stability that owning the place you live in gives you. That is why the real estate crash around 2008 was so tragic. It destroyed dreams and uprooted families. Looking back, the whole situation was fueled by greed and by government regulation.

At the time many lenders offered “no doc” loans that were based on “stated income”. That is you did not have to provide evidence that you had the ability to pay back the loan. This came about, in part, because inhabitants of the center of wisdom we call Washington DC felt that certain protected classes of people were not able to buy homes because of discrimantion on the part of the banking community.

Never mind that many had no hope of being able to pay the loans for their homes – they needed to be home owners. So hopes were raised as home loans were given with the primary qualification being one had a pulse and body temperature. What could possibly go wrong with this plan? Anyone who understands economics would realize by this time that adding many new purchasers to a relatively fixed supply of homes can only drive the prices higher. So people who could not afford a house in the first place were paying even more for the ones they got. Predictably then these same hopes were shattered when the stated income of, maybe $60,000 turned out to be only $30,000. When these buyers stopped buying and the houses went to the banksters, the demand dropped and so did housing prices.

People lost their homes, banks were flooded with non-performing notes and and inventory of houses they couldn't just dump on the market all at once or it would have caused prices to fall even further. Seeing the problem, but not the cause, Washington once again stepped in to save the banks even after criticizing them for too easy loan undewriting. Again, never mind that some of this was to pacify banking regulators who wanted to see everyone get a house that wanted a house.

Did we learn from this debacle? We did. Uncle Sam – I'm not sure. As an example of the impact this had on families, I got a call from a couple that had purchesed a home the year before and because they were getting a divorce, neither one could afford to keep the house by themselves. As we looked at the numbers, they owed over $200,000 on a house that was only worth $190,000 at the time. There was nothing there for a realtor. There was nothing there for me as they needed a resolution much more quickly than we could have worked through a short sale with the banksters. With some of the things we've learned in creative financing since that time, it may have been possible to work out some kind of a deal, but that was then they just had to walk away from it. Everyone lost... even the banksters.

Does that mean that real estate is a bad deal, that it is too scary to get involved in? No it just means we have to learn from the past. Think of it this way: if it was easy and fool proof, there would be little profit as everyone would be competing for deals and there would be nothing to build on. Andrew Carnegie once said, “Ninety percent of all millionaires become so through owning real estate. More money has been made in real estate than in all industrial investments combined. The wise young [person] or wage earner of today invests [their] money in real estate.” Now the percentage may have dropped a little from some of the recent tech millionaires, but the idea still holds true, especially if you are not a dedicated computer wizard.

Even Mark Twain recognized this when he said, “Buy land, they’re not making it anymore.” He understood the law or scarcity, that over time as there would be more and more people looking for a place to live, the fixed supply of land would become more expensive.

There are many ways to get profit from real estate, you can buy and hold it – renting it out so the tenant pays off your loan. You can buy run down properties and fix them up to sell them at a profit. If you have accumulated some money, you can finance such projects and receive an interest rate many times higher than your semi-friendly neighborhood bankster can provide. At this point it may be appropriate to point out I am not really down on the banking community, but to progress very far in the real estate business you will find that traditional bank financing will not be sufficient and other souces will be needed. But that is a topic for another day.

Of course, by being careless and not doing your due diligence, you can lose you hard earned dollars. However by paying attention and learning all you can, this risk can be minimized Beyond that, you will get an education in human nature as real estate is just the vehicle – it is still a people business. Robert Kiyosaki tell us, “Many novice real estate investors soon quit the profession and invest in a well-diversified portfolio of bonds. That's because, when you invest in real estate, you often see a side of humanity that stocks, bonds, mutual funds, and saving money shelter you from.” If you want the results you have to see these things, not as roadblocks, but as conditions of the enterprise and learn to deal with them.

Owning real estate is something you can feel good about, especially taking the worst house on the block and turning it into a show place. You are providing nice places for people to live. You are making nicer neighborhoods. Sometimes you are even helping people facing foreclosure to keep from being completely devastated by the whole situation. This is something you don't quite get by admiring your stock and bond certificates – if you even get them these days.

You get the satisfaction of creating something. I will leave you with what Donald Trump has said, “It's tangible, it's solid, it's beautiful. It's artistic, from my standpoint, and I just love real estate.”

Posted by Choice Properties at 7:56 PM