Condo or Co-op: What's the Difference?

When my most recent excursion into real estate as an investment I came across what I thought were some fairly inexpensive condos that I could rehab and rent or sell. But a before we had a look at some of them, a realtor friend said to me, “You know, those are co-ops, not condominiums.” That started me down the path of learning the differences.

When you drive by, unless it is stated in the signage, you can't really tell one from the other. However purchasing each is where you find that they are two different animals. With a condo, you are actually purchasing real property. You have a recorded deed that specifies exactly what you own... and that you actually own the property. With a co-op, you put your money down and get a stock certificate and the right to lease a particular unit. This, in itself should be an immediate cost savings as real estate closings carry a substantial price tag. 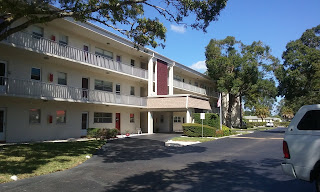 That is first major difference and all the others flow out of that. For example, as real property that can be foreclosed, banksters believe their money is safer and are more willing to lend on better terms, With the co-op the collateral is not as readily available to the lender should things begin to go badly... and you will probably have to present a much larger down payment. In either case, a property constructed on leased land may be more of a hindrance to desirable financing.

Since co-op shares represent ownership in the entire building, controlling boards, which can be elected or a board of the whole, take a more active and energetic role in the approval of new residents. Of course they do the normal credit check and background report that you would find in either building, but there is an interview process where fairness and legality are not so highly regarded as compatibility with the existing social culture. This can be good if you are a good match, but woe to the poor soul who wears a MAGA hat in the presence of Clinton supporters... or possibly the reverse. While all share holders are equal, often the owners of the larger units are more equal in that they have more voting power.

This leads to a closer, more uniform community if you are a good fit. The fit is less of an issue with condos as if you meet the published criteria you are generally accepted to purchase a unit. From that point on, it is up to the buyer to live peacefully with their neighbors... and they can't throw you out simply because they don't like you.

If you are looking at the property as a part year resident, either is particularly well suited despite the ongoing monthly fee as there are always people around more or less watching your property while you are gone.

If you are looking at the purchase as a rental property you are more likely to be able to do so with a condominium. However read the bylaws carefully, don't just take the smiling salesman's word. Some associations do not permit rentals. Some permit them after you have owned the unit for a year or more. Others have no restrictions. While not quite as possessive as co-ops, there are often attempts to retain a desired culture.

Either type of building has some sort of governing board and either type can be led by an a chairman, president, Fuhrer or whatever title they have chosen. Some look out for the good of the residents and others look at the position as being in charge of their own private domain. This is just one more thing to check out as you talk to your prospective neighbors.

There are conflicting reports about which one has higher monthly fees. However there are general guide lines for a well run association. No matter which one you decide on you should be given an information packet including the bylaws and detailing the financial status, including reserves for such things as roof replacement, elevator maintenance, etc. Keep in mind that you are looking into them as much as they are looking into you.

Like the man says: you pay your money and make your choice. Either one can be good. While finishing work on a condo we had one of those things that comes around Florida occasionally called a hurricane. I went over to check out the situation the next day and found the residents pitching in, working together, gathering the downed branches and other debris, getting the place back to normal. Either choice will most likely give you more a sense of community than a single family house. But then, that is one of the choices you get to make.
Posted by Choice Properties at 11:19 AM