When is a Bargain Not Such a Good Deal?

I recently read an article touting several large cities as great places for housing bargain hunters. While fewer homes are on the market in each of these areas, the ones that are left are going at reduced prices below pre-pandemic levels. The reasoning was that those who didn't really need to sell at the moment had pulled their properties from the market to wait for the economy to open up more and yield a higher price. Those houses left on the market had prices lowered and owners willing to bargain – up to a point.

Still another article claimed now was a great time for millennials to get a place in pretty much the same cities for much the same reasons. I guess the reasoning was many millennials like city life with everything within a few blocks walking distance. They may be right and millennials may be the ones to bail out current city dwellers looking to leave the urban environment.

Not Just the Health Scare 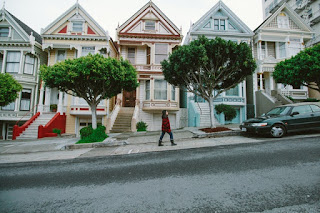 On the surface this seems to be a logical assumption. However, when you look more closely at cities like Los Angeles, Chicago, New York, and many others, there has been a steady outflow of residents looking to escape rising taxes, crime rates, and a host of other problems associated with modern high-density urban living. The truth is yes, you can buy for a lower price, but – and it's a big but – it is quite probable that you will not see as much appreciation of your investment as you get with other properties unless these cities can resolve the issues that led to lower prices and urban flight in the first place.

When you buy a house, you buy more than a house. You buy a neighborhood. You buy a local and state government. You buy a culture. Some of this is easily forgotten when you are dazzled by granite countertops and shiny chrome and glass bathrooms. The whole picture needs to be considered.

Not Just the Big Cities

Just because you find a “bargain” in a more hospitable municipality, it doesn't mean you don't have to look at the whole package. Not far from me there is a neighborhood that was built up with small two-bedroom bungalows sometime in the late '40s into the '50s. About fifteen years ago a builder found some vacant lots in the area. I don't know if they had been vacant all along or if he bought some decrepit houses and knocked them down.

They built about half a dozen homes in the then-current style with features no one in the neighborhood even thought of, like garages, more bedrooms, multiple bathrooms, nicer kitchens, and the like. I'm sure they sold for much more than the neighboring properties did at the time and the buyers still thought they were getting a good deal. However, today, if one were to be sold, it's doubtful they could get a price anywhere near the price when the house was new and they are living in a house that is in roughly the same condition of the less-than-perfect neighborhood.

Had the original buyers purchased a similar home something like ten blocks to the east, they would have paid a little more at the time, but today would have a property worth eighty to one hundred thousand dollars more. Did they really get a bargain?

Watch the Other End As Well

Just as you can get burned by just looking at a low price, you can over improve a house beyond what you could even think of selling it for. This doesn't mean you don't make things nice, but you do it for yourself and shouldn't expect a financial reward.

I ran into an example of this when remodeling our current home. We were looking for tile for the master bath shower surround. My wife saw this really nice imported tile that cost around three times as much as the stuff from American Olean. When we sell the place, it is doubtful that we will get one penny more because of the fancy tile – but it was for us and made her happy and kept me from sleeping in the living room..

The same thing happened when we picked out the range for the kitchen. Most double oven stoves have one unit large for things like turkeys and a smaller one for things like cookies and pies. She wanted the one where both units were the same size and you could put a turkey in either one. The thing cost twice as much as the normally configure ranges, but we have used it often and appreciate the capability, even though it is also doubtful any potential buyer would know or care about the difference. So, do we roast two turkeys at a time? No, we don't make two turkeys at once – but it's good to know we can in case the situation arises.

Why Do You Buy a House?

The question comes down to why you buy the house in the first place. If it is an investment, then you have to be particularly careful about the long term valuation. If it is a place you really want to live in, then some of the financial considerations are secondary beyond the question of can you afford the home.

If you are planning to be there for a long time, the short term fluctuations are not a major consideration. If you consider yourself an upwardly mobile young executive with a major corporation you may not have much time in any one place so buying a house where you could lose your Luigi Borrelli shirt may not be a good idea. I have a friend who worked for IBM – and he told me that contrary to common perception, those letters stood for I Been Moved.

The Choice is Yours

What you buy, or the decision to buy rather than rent is not a simple one. You know what you want and can afford, but don't let price be the sole factor. Look at the big picture around the property. Then, you might want to think about what Will Rogers once said, “Don’t wait to buy real estate. Buy real estate and wait.” Just put yourself in the best position to benefit from the choice.

Posted by Choice Properties at 5:49 PM