Many people are buying a home or refinancing theirs at today's record (can anyone say ridiculously) low interest rates. These rates have been a nice boost to the real estate market at a time when other factors could have done significant damage.

The Law of Unexpected Consequences 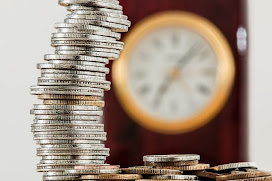 Low interest rates have been a stimulus of their own to many industries where financing is the general rule. They have increased the number of buyers or, in the case of real estate, permitted buyers to purchase larger, more expensive, properties – for a while. However, this increased demand had the not unexpected effect of putting upward pressure on prices.

This increase in prices – also called inflation – is the very thing the Federal Reserve Board is in business to prevent, or so we are told. At this writing this rate is an “acceptable” 1.4%. However, if one knows much about economics and the calculation, we know the number is bogus since these figures do not include food or energy because, as we are told, they are far to volatile to be meaningful. Anyone who uses energy and buys food has seen where these prices are going.

While this bit of economic slight of hand would lead one to expect the Fed to begin bumping up the interest, even they understand that our economy weakened by the Chinese flu inspired shutdowns would not respond well.

While low interest makes large purchases more attractive, it is not without a negative impact as well. Many items require a down payment. Even the security deposit on a rental is a larger chunk of money than many people living paycheck to paycheck can easily lay their hands on.

The traditional way to get the down payment for a home is to save the money. The same low interest that makes the purchase attractive makes saving for it most difficult. The FHA has artificially solved this problem with low down payment options. Yet, with the sub one percent savings rate and sub two percent certificate rates even 3 per cent down payment is a reach for many.

A while back, when I was assuming control of inherited accounts, I was sitting across the desk from a bank branch manager. She was a nice lady who meant well as she recommended one of their “high yield” CDs. I looked at the numbers she showed me and told her, in a nice way that she should describe them as the best interest they have, but please, don't call them high yield.

Can the banksters function at 2 percent for long? It is not the way to their prosperity and their magnificent edifices. Many have compensated by chipping away at their customers with more and higher fees, while cutting operating expenses and services – encouraging automated banking rather than face to face interactions. In some ways this is a convenience for the customer, but it is a big cost savings for the financial institution.

In my younger days it was not unusual to make the weekly trip to the bank to deposit my paycheck and get to know the people who were handling my money. Not so today with ATMs and smart phone deposits. But is it enough to survive? Will the Fed be able to maintain the current interest?

We have to remember that the Federal Reserve, despite it's name, is not a government agency. It is a central bank, owned and operated by the banking community. The question is: when will the prime rate begin to rise and what impact will it have on real estate and on the economy as a whole?

Thin profits on loans, business loan failures, forbearances, foreclosures, will put more pressures on the beloved underwriters to make fewer and fewer errors in judgement – loans will be harder to get until interest rises and gives them more of a cushion. Even today, a majority of people cannot get a home loan while government types clammer for more “affordable” housing.

Is this all bad? Individually it may be, but loose lending practices are one of the factors that led to the 2008 debacle. The impact will be moderated as savings accounts once again pay reasonable amounts to savers.

Back to Dave Ramsey

While investors have to deal with lenders, the economic world we live in has been created to encourage us to mortgage our future by creating debt – for houses, for cars, for massive TVs and any other shiny trinket our heart desires. We are assigning future income to pay for today's enjoyment. Perhaps that enjoyment would be greater if it were accompanied by more equity and less debt that makes the prospect of an economic downturn to difficult to consider and more difficult to experience.

The rich rules over the poor, and the borrower is the slave of the lender. Proverbs 22:7

We seem to have forgotten this wisdom as we take the bait of low interest and and rush to enslave ourselves to the banksters.

Posted by Choice Properties at 2:28 PM