It's Still a Wonderful Life

We are officially in the Christmas and Hanukkah season. For those who chose not to celebrate or offended by this time of year, that is your choice and I respect that but please don't expect the rest of us to forego this inspiring time of year. Every economic slowdown brings with it opportunities, so that even though some are experiencing lack, others seize opportunities that did not exist before. For example, how many people ever used Zoom before they were locked in their homes? How many used carry out and home meal delivery as much as they are doing these days?

The same can be said for the real estate business. Some are prospering and some are barely hanging on. Whether it is real estate, hospitality, food service, or any other business that has been shut down or greatly diminished by the Chinese flu or government edict, there may be a sense of failure like George Bailey experienced in the Christmas classic, It's A Wonderful Life.

It's A Wonderful Life 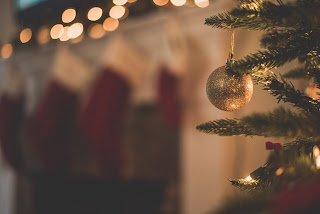 George Bailey was so distraught over his current circumstances and even worse prospects in the future that he wanted to end his life. But he was stopped by an apprentice angel who showed George what the world would be like without him. Whether you are one who has prospered in these times or suffered financial loss there are lessons that we learn from Clarence, the angel.

We probably will never know all the people's lives we touch as we go about our lives and business. As Clarence said, “One man's life touches so many others, when he's not there it leaves an awfully big hole.” Yes, it is about much more than money – even though it may not feel like it when the unpaid bills are piling up and you can't give the kids the Christmas you want to.

Clarence also told George, “No man is a failure who has friends.” There is a corollary to this as well: no man (or woman) is a success – no matter how much money he has – without friends.

Frank Capra mellowed from the madcap comedies he made before the war. His experience filming the horrors of combat during World War II helped him better understand the stress and struggles people are capable of experiencing. Jimmy Stewart (George Bailey) was still working his way through what we would call PTSD today, from his time flying bombers and watching his friends blown out of the sky over Germany during the war. Together they created a masterpiece of inspiration for those who question their circumstances and value.

Today, isolation and financial stress have brought discouragement to many people. It's a Wonderful Life gives a break from self pity and reminds us that circumstances are temporary and can be overcome.

That is the story of Christmas as well... and we even hear that from the likes of Charlie Brown as Linus tells the Christmas story. Take the time to watch some of the Christmas movies – even those like Die Hard and LA Confidential. They also carry the message that good does overcome evil – something we all need to be reminded of these days. Turn off the news and watch Charlie Brown, you will feel a lot better.

Hanakkuh has it's own story of overcoming and the miraculous. Very, very briefly, in 168 BC, the Syrians, under Antiochus Epiphanes, attacked Jerusalem, killing many people and desecrating the temple with idols of Greek gods and the sacrifice of pigs on the altar. A rebellion ensued and the Jews, led by Judah Maccabee, facing overwhelming odds as they did in the Six Day War, defeated the Syrians and drove them from Jerusalem;

When the temple was being prepared for rededication, it was discovered that there was only enough oil to burn in the menorah lamp for about one day. However, day after day, miraculously, the lamp kept burning for eight days, until they could secure enough oil to keep it burning as tradition required. There is much more to this story than I can recount here. It is worth checking out to remind us that there is hope, no matter what things look like. Just remember we can live several weeks without food, a few days without water and minutes without air and seconds without hope.

Whether it is in personal circumstances or as a nation, when things look the worst, we need to keep moving forward, doing our best and watching for help from unexpected sources. As Winston Churchill once advised, “Never, never, never give up.”

For a boost in your spirits, whether you are experiencing boom or bust, help somebody else. One place I like to help is the Angel Tree program at Prison Fellowship. They see to it that the children of those incarcerated are not forgotten during the holiday season. It doesn't take much to let a child know someone cares about them and make their Christmas.

Posted by Choice Properties at 5:32 PM