Homestarts Are Up, Not Everyone Is Happy

I read recently where home starts in June were up 17.3%. This was after the terrible months of March and April with a small improvement in May. Existing home sales were down, but pending contracts were way up.

This seems like good news, but not everyone was happy about it. Aside from the political implications, there are some who see this as a problem. An appeals court recently dismissed a suit by the Edison Board of Education (NJ) against the Edison Zoning Board of Adjustment and a developer. This was over just an eight-unit project.

Why Would a School Board Sue the Zoning Board? 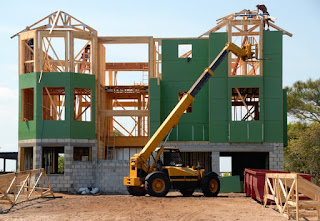 For those who haven't been involved in county-level politics, there are always various forces at work when growth is involved. Building new homes helps the area grow, however building new homes also puts more burden on local facilities such as schools, hospitals, and emergency services. Hence the actions of the school board who was put in a position of providing education for the children living in the new homes. There may have been other issues unique to Thomas Edison's home town.

Some will argue that the incremental costs of adding several students to the system are covered by the additional taxes (along with federal and state money). Up to a point this is correct – until they add up to the need for new schools, buses and teachers.

I was involved in this for a number of years in the suburban Richmond VA area. It was an era when some in the county government felt it was their job to help the developers bring their plans to fruition, sometimes over the objections and welfare of residents negatively impacted by a hundred and twenty unit subdivision next to their rural home.

Emergency services could not guarantee expected response times if the development was beyond the planned growth zones. Schools hauled in classroom trailers to handle overflow, and a host of other situations came about by the influx of people. There was always this sense of conflict between the desire for expansion and those tasked with providing services.

Because real estate development has an impact on the local government operations, the solution that was applied at this time was to implement something logically called an Impact Fee. The purpose of this was to help fund some of the additional services required by the increased population. This contributed to school and emergency service construction as well as road improvements.

This was somewhat helpful to the county but did not help the new home buyers. Between impact fees of something in the neighborhood of $20,000 to $25,000 per unit and various regulations, the builder had about $100,000 into a lot with nothing more than a hole in the ground. This wasn't the way to build affordable housing. The result was either townhouse construction to keep prices down or high-end homes near and over the million-dollar price tag.

Others without the resources and connections, or opposed by powerful neighbors approaching the planning commission were simply turned down. Perhaps they were the fortunate ones. Occasionally one would slip through and the taxpayers funded the additional services.

What is the right thing to do with regard to development? There are two conflicting rights that need to be considered.

The first is the rights of the property owner to use their property as they see fit. This is a basic right in America. For some in this situation, their farmland was to be their retirement fund. The plans were to sell it to a developer and live happily ever after. For the county to prevent them from converting their property from farmland to residential was a financial hit that put them in an unexpected bind.

Counter to that right was the necessity of the county government to create viable comprehensive plans for growth and provision of service. What this means is that there are growth zones where services like police and EMT are within acceptable response times. Schools are available within a reasonable distance and growth in these areas is not a problem.

However, placing major developments beyond these areas meant excessive response times for emergency personnel and inadequate educational facilities. Thus the desire for impact fees that had such a negative effect on the whole process.

So the question: does the individual property owner's rights outweigh the cost and inconvenience of everyone else around them? I am loath to put the welfare of the government over the individual rights, but it doesn't seem that the individual, whether the farmer or developer can expect everyone else to contribute to their welfare and receive a negative benefit.

This is where we see school boards and others creating obstacles to growth and development and it's not all about politics. Sometimes there are reasonable factors to keep in mind when bringing growth and progress to an area. Then again, sometimes the NIMBY people just don't want to see changes. There is no universal answer. Sometimes participation in local government can be a profitable pastime.
Posted by Choice Properties at 2:07 PM