Where Is Commercial Real Estate Headed?

I don't normally get involved in commercial real estate, but lately I've seen some trends that are sure to have some impact on the residential market as well. However, before I continue, I need to note that as with any type or real estate, there are often local conditions and variations that run counter to prevailing trends.

The concept of commercial real estate can be quite appealing. The idea of long term triple net leases where the tenant pays the taxes, insurance, and at least a portion of the maintenance can seem pretty good. The flip side of this is that when the property goes vacant, it usually is not rented the next month by someone ready to move in. It can be a few months if things go well, it can be many months or more if things aren't going well – and now, in many large cities, things are not going well.

Everyone is aware that some businesses have been damaged by the hideout-at-home thinking brought on by the Chinese flu. That is just one of the influences on the current market, but it may be a primary factor leading to several others. 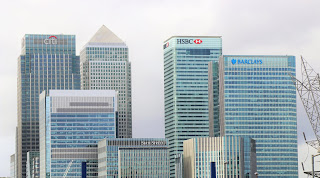 The problem causing the most angst nationally is the flight of residents from New York City. But it's not just the worker and consumer bees heading out of town. This urban abandonment along with restrictive regulations has caused some businesses to see up to an 85% reduction in revenue. This no way to survive.

Fixed expenses go on, and on. Site rent – something far from insignificant in Manhattan goes on. Many are just giving up and closing down completely. Commercial property owners in New York and other major cities are faced with shrinking demand and fixed payments of their own. Some have the resources to weather the financial storm. Those with insufficient capitalization could be facing a financial crisis of their own.

The Chinese flu has caused a couple of things to happen, First, the faint of heart are loathe to go out in public. Second, many with the resources are bailing on many major cities – not just New York – trying to avoid the dreaded flu. Then there are travel/quarantine restrictions killing off the tourist trade. If that doesn't hurt enough, many who used work in the shining skyscrapers are now working from a spare bedroom at home.

As the TV commercials say. “But wait, there's more!” Public safety has taken a hit in many areas as the increasing hostility toward law enforcement has brought about a reduction in their presence and a not-surprising lack of public confidence. That lack of confidence has been justified as the despised and ridiculed police have not been permitted to stop rioters and looters, even petty shoplifters, from doing further damage to many downtown businesses.

With all this going on, who can blame enterprises large and small from abandoning downtown and surrounding areas? We've even seen the mayor of Chicago begging companies like Walmart to stay in her out-of-control domain. It's like. what do they have to lose? Merchandise? Buildings? Employees lives?

It comes down to a simple business decision. And these decisions are made over and over again. Big companies with the resources simply close up shop and move to greener pastures. Mom and Pop shops sadly fade away. But the results are the same: empty storefronts, empty offices, reduced property values, and reduced tax base... and fewer places for those left behind to buy clothing and groceries, or eat out – making the area even less desirable. It is reported that there are a record number of rental units available in New York – and it's doubtful that the Big Apple is all alone.

Having escaped from New Jersey many years ago, it is astounding to me that denizens of New York are buying some of the few homes available across the Hudson River site unseen for more than the listing price – such is the desire of the of the affluent class to escape from the city. Others are left behind in a city many years away from recovery.

New York is just one of many urban areas to experience this exodus of the business community. Portland, Minneapolis and Chicago to name a few have seen businesses destroyed by angry mobs. Many never to be seen again. And others that are have not been destroyed are getting out while the getting is good.

So businesses are leaving urban areas. Those that stay have many remote workers with only occasional visits to the office. This is an unanticipated consequence of the Chinese flu that attacked our nation. With the necessity to disburse and the technology available to do it, we have found a new way of working and companies have found a more economical and efficient way of getting the job done. The cube farm may no longer be the dominant home of the information worker.

There is a long term reduction in the demand for office and retail space all over the urban landscape. This will impact the real estate market, the financial market, and the housing market. The time is not to panic, but to plan – plot and scheme, perhaps - if you are in the commercial real estate business.

As the old English proverb that says: It's an ill wind that doesn't blow anybody any good. Things are not going well, but opportunities still remain. A great many fortunes were made during the great depression. We have been told by people from Viktor Frankl to John Maxwell that what happens to us is not as critical as how we respond to it.

It is reported that Amazon is looking at putting distribution centers in abandoned mall anchor stores. There may be bargains to be found in the real estate itself – but it is only a bargain if you know what to do with it. This applies to small strip shopping centers as well as downtown skyscrapers.

We can't spend too much time listening to the media mavens of malaise. Remember, this is the country that played a large role in defeating the Nazi empire and the collapse of the Soviet Union. It is also the country that put men on the moon. If that spirit and determination has not been educated out of us, we will figure this situation out as well.

Posted by Choice Properties at 11:45 AM