Tough Times... We are Tougher!

I've pointed this out before but it's good to consider one more time. Robert Schuller was fond of saying “Tough times don't last, tough people do.” Thomas Paine told us, “These are the times that try men's souls. The summer soldier and the sunshine patriot will, in this crisis, shrink from the service of their country; but he that stands by it now, deserves the love and thanks of man and woman.” We aren't fighting an enemy trying to kill us with muskets and swords, but we are fighting an enemy that can destroy lives and our economy – our way of life.

Obstacles In Our Path 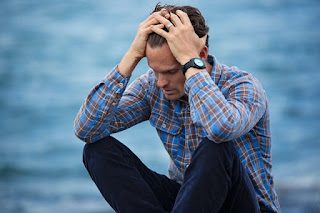 We looked at this a while back, and the situation has improved for some of us in the more free states that have opened up and people have been allowed to return to many of the “non-essential” jobs. We can see an end if we are not regulated back into economic suicide mode.

Daily we see reports of riots in many big cities. Police are forbidden to stop the destruction by mayors more concerned about the rioters than the safety of the innocent citizens. Downtown areas become boarded-up ghost towns.

On top of this we are still dealing with the Chinese flu. We hear conflicting reports and it's difficult to know who to believe anymore. So much of what we hear comes from those with a political agenda. We are told restrictions on us are for our protection. The story has shifted from wearing masks to care for ourselves to following our betters directions to protect others. This motivates some to become self-appointed enforcers, and added to the conflict we are facing.

Even though many of us are seeing better days and those who can set their fears aside are returning to a level of normalcy, we still see far too many people hurt by our disinclination to travel, congregate in larger groups and go to restaurants. This is especially true in the coastal regions of Florida where vacationers have not been lured back in large numbers.

These choices are either their own or by decree. Sometimes they are the right things to do but often those who can least afford it pay the greatest price. The government is trying to ease the burden with some cash, but in spite of the benevolent claims, by their very nature they cannot take care of everybody damaged by the imposed economic shutdown,

Hospitality workers who are simply not needed for sparsely populated hotels. Waitresses and waiters are dependent on tips are working in mostly empty restaurants. Clerks aren't needed in shuttered mom and pop stores. The list goes on. There are people hurting financially, emotionally, and spiritually now. Like the government, we can't help everyone, but perhaps we can help a few. Particularly those of us who we have the privilege of providing housing.


Among the suggestions is that people should be forgiven rent on their homes. This is a fine suggestion by some of the elites with no skin in the game and nothing to lose or mortgages to pay. Like pretty much all give away schemes, they are proposed by those who think someone else should pay the bill if someone has a need. There may be some large corporate property owners with free and clear properties that could do this but many have mortgages to pay and simply cannot forego the monthly revenue.

There is talk of more “stimulus” money, but even though it is a major expense to the taxpayers, it will hardly make a dent in the financial problems of those in need. The real stimulus will come when people return to work and the economy gets back on track. It is a fool's errand to try and do otherwise..

Many small businesses cannot afford to be shut down or work without sufficient revenue for long periods. The real estate business is no different, some allowances for those in financial pain won't be too damaging long term. I am suggesting that rather than cursing the darkness around us in the form of the Chinese virus, socialist temper tantrums, and sometimes overbearing government responses, we can light a candle and pitch in and help where we can.

One thing I have learned over time is that we aren't bothered nearly as much by all our inconveniences and annoyances when we are helping someone else. Americans came together after the War Between the States to become one nation again. Americans defeated the Axis powers in World War II. Americans put a man on the moon. Americans developed much of the technology we use every day.

We will come out on the other side of this virus in spite of the bellyaching and carrying on by the whiners among us. Each of us has a choice we can join the whiners or we can be overcomers who find answers rather than tell people that there are none. It's easy to get down sometimes, but keep in mind that feelings follow actions, so – get out and DO SOMETHING!

Posted by Choice Properties at 2:01 PM